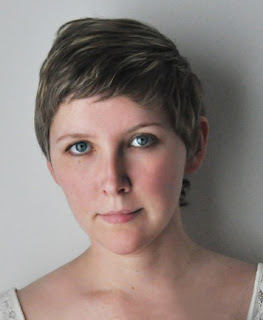 first touching on the somewhat controversial news of Angelina's BMX (BMX = that's super cool short-form breast cancer lingo for bilateral-mastectomy). I decided to hold off on my part 2 blog and make this its own post since the tone of this one is a bit more punchy than the story about my nipple recon, hence the 'detour' headline. I'm going to try and not ramble on about the Angie subject because I am actually really tired of hearing and reading about it. I shall explain why...

First off, I want to just acknowledge that yes, I believe Angelina Jolie is very courageous. Not just with her decision to make a choice for herself and her family because she was at high risk to developing breast cancer, but because she shared her story with the world. Anyone who missed hearing it from the horse's mouth can read her essay entitled "My Medical Choice" here. I think that she is not only raising awareness about the breast cancer genes BRCA1 & BRCA2 (I am surprised how many people don't know they exist!), but she is also stirring up some discussion for the future of woman's health. Maybe some positive changes will come out of having such a prominent celebrity figure share this type of health news? One can only hope.

After reading her article though I couldn't help but be left with a few thoughts of my own, much to which were formed because of comments people left below her story and the explosion of criticism that erupted on the Internet over her decision. Yes, there are actually people out there frowning upon her choice. Shame on them all! Some were complete assholes angry that a sex symbol like AJ would 'chop off' her breasts – I mean, how could she do that without consulting with her fans first!? Some were speaking as if they had been working in oncology for years but were spatting off crap that wasn't even accurate. There were also some super smart commenters saying her decision was extreme and said she was foolish for going through with it.

Hot damn this kind of criticism got me all fired up!

Until those people get either a breast cancer diagnosis or are told they have the gene they just shouldn't speak. If there is one thing I can't stand it's when people form these judgemental opinions of something they have never faced themselves. Unless they have been in that person's shoes and have dealt first hand with having to make such difficult decisions, people just should not judge!

On the other end of the spectrum, some in-awe Angelina fans were almost over-applauding her bravery as if there were not hundreds of thousands of every-day woman who have had to make this same decision to remove their breasts and ovaries, not to mention having to go through treatment as well. I swear, it was like some of these people live under a rock and have no clue that there is a breast cancer epidemic going on. Don't get me wrong, I fully commend Angelina for doing what she did and am not trying to minimize her experience, I just think that there are a lot of oblivious people who are forgetting that mastectomies are not new news and everyday ordinary woman are dealing with them too.

And then there were the blood boiling comments that made me wish I could smack the ignorant trolls upside the head. I read everything from "at least women get a free boob job out of it" to stating that once Angelina has her ovaries removed she will basically not be a woman anymore. Idiot! One intelligent wanna-be doctor was also insisting that the BMX decision was drastic and that women just need to change their lifestyles, eat right, don't smoke and they won't get cancer. Double idiot.

Other comments drove me nuts because people were comparing the experience of prophylactic (preventative) mastectomies to woman who have had to face a cancer diagnosis and the mastectomies to boot. Let's just be clear here: Being told you have the breast cancer gene and having the preventative surgery is NOT the same thing as having the surgery after being told you have breast cancer. Yes, it falls under the cancer umbrella, the decision may be just as difficult, surgery may be just as traumatic, sure, but it is not the same as being told you actually have cancer.

While I totally respect her personal story and appreciate her honesty to share it with the world, I want to point out a few things that were not mentioned in her essay. This is not to discredit anything she said, as it is her own experience, but I wanted to clarify and shed some light on some issues that were, in a sense, glossed over and not touched on...

1. Reconstructive surgery is not easy. As she put it in her op-ed: "days after surgery you can be back to a normal life..." For myself and many others, this could be nothing further from the truth in a lot of cases. If this was her experience, awesome. But the majority of woman I have talked to are not back to a normal life days after. I am happy for her that she is pleased with the work of her plastic surgeon and some of us, me included, are pretty blessed to have such talented doctors and pretty great results. But many are not so stoked with the final 'product'. Sure, it looks like a boob with a t-shirt on, but underneath is not always that perfectly constructed work of art that a wealthy actress might end up with. (BTW - Would love to see photos of hers actually!) Also, the process for a mastectomy and reconstruction generally takes a lot longer than the time frame she had. Being who she is, she is very fortunate to have all of the work done in such a short amount of time. Again, this isn't me trying to criticize her story, I am just voicing the reality of many women who have gone through this. I think it is important that people know (whether they are facing the same terrifying choice or not) that it is not as simple for most every-day women. The scars are not always small and the results are not always as great as a famous actress might get.

2. It is mentioned in the essay that the BRCA gene testing in the States costs $3000 - $4000 (In Canada it is free, but it takes as long as 9 - 12 months for the results and, from what I understand, it is still tested in the US ? Don't quote me on that). But in AJ's article, after encouraging woman with a strong history of breast cancer to get tested for the gene, it is not said why the test is so pricey. Well, for those of you already aware you can skip this part... but for people who don't know about Myriad Genetics and the fact they have a patent on the BRCA genes, please watch the below YouTube clip that will sum up why the heck the test is so damn expensive as well as the negative impact it has for everyone, especially those whose insurance does not cover the cost of the genetic counselling and test.

Bottom line: Corporations should not be allowed to own human genes. Not cool. And next month the US Supreme Court will be deciding whether to allow this insanity to continue or to outlaw it once and for all.

The above points and outrageous ridicule about her decision sums up why I am done hearing about this "big news". Let's see something done now! Get Angelina on board with Breast Cancer Action or Dr. Susan Love's Army of Woman and let's see some real progress. And while we're at it maybe Brad Pitt can ditch the perfume company ads he has been in because we all know those products are linked to breast cancer.

Maybe this could spark some change?

Send me an "I AM A CANCER WARRIOR" Bracelet

NEW BLOG PAGE IS WWW.PAMMENTERYOUNG.COM (clear your cache to get there) You will know you are there if the page has a red banner on top.
In 2012 I was diagnosed with a life threatening cancer and also lost both my brother and my mother. I know intimately how precious and magical life is and it is now my mission to help others "get" this and fulfill their dreams in a safe & profitable way, before it is too late. I offer coaching, step by step guides, tips to improve productivity and books to help you LIVE YOUR DREAM LIFE.

The Year I Died